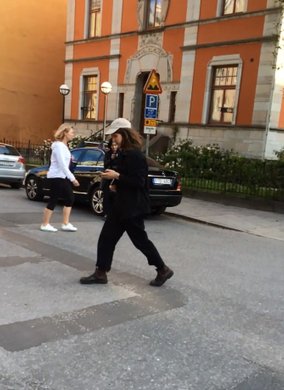 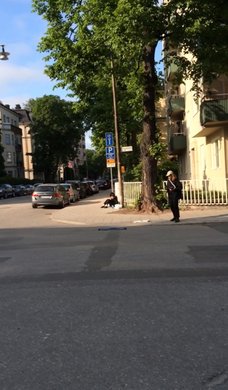 constructed situation in an interesction.

'Spotting' is a technique used by dancers

involving the head and eyes to help keep track of direction and location in space aswell as being aware of the movement during pirouettes. It involves fixing one's gaze on a fixed or imagined spot.

traces or artefacts were placed in the four corners of an intersection. audience members were invited via a map in the catalogue for the student show of the Royal Academy of Art. Time was announced as well as the names of the two streets intersecting.

the photographer documenting the work had been asked to always stand on the other side of the street while filming or taking photos. this had an impact on how close audience members and bypassers observed what I was doing.

in the same neighborhood, was the location of where my kindergarten was relocated during a short period due to renovation or mold-infestation. I have vivid memories of the place and have been told it was in an apartment building in this area. to this day I have not been able to find out where exactly.

can a memory or a place act as an informant of how we see and how our perception works? 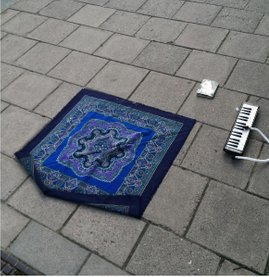 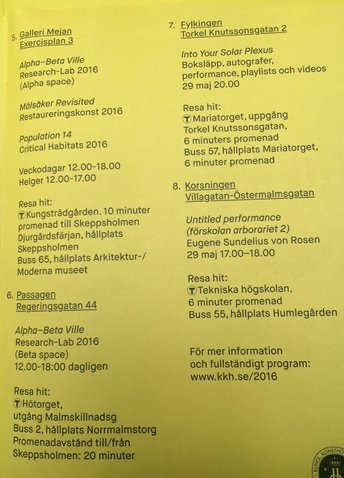 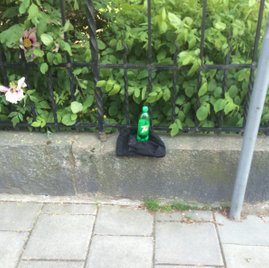 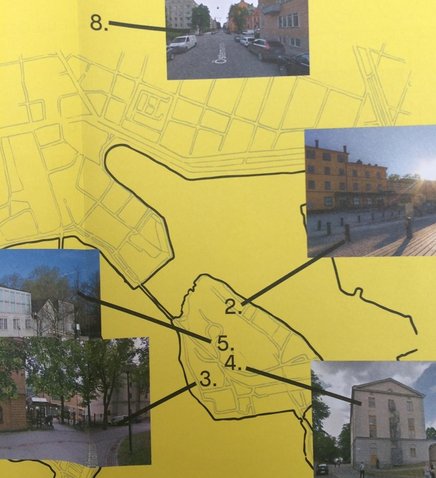